Animal testing part 1: What are animals used for?

Worldwide about 115 million animals are used for animal testing every year. 12 million of those tests take place in Europe, of which about 4 million in the UK and half a million in the Netherlands. In addition to these animals that are used in animal testing, there are also a lot of animals that are bred for animal testing but are killed without ever being used. The real number of victims is therefore a lot higher. In the coming few blogs we discuss all important aspects of animal testing, with in the first blog, the different goals that animals are used for. Please note that the percentages and numbers discussed below describe the Dutch situation so percentages may differ in other countries.

The most important goal, for which more than 50 percent of animals in the Netherlands are used, is research regarding the human body and physical and mental diseases in humans. For this research, animals are given the disease that researchers want to study and then the animal is usually observed and sometimes potential interventions are tested. To make sure animals get these diseases, genetic modification is sometimes used to make sure the animals are born with a specific disease or naturally have a huge chance of developing a certain disease like cancer. Pregnant animals can also be treated with injections to make sure their babies won’t be healthy. For other health problems, healthy animals are bred and then later injected with a disease or inflicted with wounds or other bodily damage. Surgery can be used to damage organs, bones can be broken or skin can be exposed to fire to create burn wounds.

In order to study mental diseases and psychological problems, animals are traumatised to help them develop depressions, PTSD or anxiety disorders. This can be done by methods such as using electric shocks, keeping them in isolation from birth or by depriving them from sufficient food, water and/or sleep. In addition, injections or methods to damage the brain can also be used to cause psychological problems.

About 33 percent of animal testing is done to develop medicines and vaccines and to test their safety. To test the effect of medicines, an animal is given the disease in question by using genetic modification, injecting them with the disease or other ways as explained in the previous paragraph. Then they are administered the medicine and the reaction is observed and the body later examined. In addition, medicines are also tested for side effects for which healthy individuals can also be used.

About 12 percent of animal testing is to study animal diseases and animal welfare. Most of these tests are done for animal agriculture. These include research regarding animal diseases, developing medicines for farm animals and pets and researching the best ways to keep animals in enclosures and living in close proximity as healthy as possible. In addition, another 0,5 percent of animal testing is done to test animal feed and for other animal-related purposes. 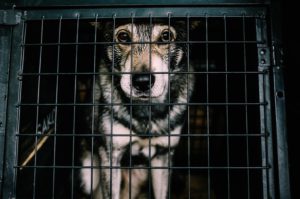 In most countries new substances by law have to be tested on animals before they can be sold. Nowadays, most of this is arranged at a European level by the EFSA, but in many countries outside of the EU every country tests every new substance themselves, which means a new substance is tested over and over again in different parts of the world. About 7 percent of tests involving animals are to test the safety of new substances. It depends on the type of substance or product and what it will be used for how it’s tested. Animals can be forced to swallow the substance, forced to breath it in, get it rubbed on their skin or in their eyes, get it injected into their bodies or pushed into a body orifice. Usually different doses and a significant number of animal from different species are used to get a reliable result. In some countries, the LD50 is determined for every new substance, which is the doses of the substance at which half of the animals die immediately because of acute poisoning. As you can imagine, to find the LD50, a large group of animals is necessary to experiment with different doses and to get a reliable result. In the Netherlands this method isn’t used anymore, but other tests are done to test the toxicity and safety of new substances and products. After doing these types of tests, animals are almost always killed so their bodies can be examined for any internal damage.

Around 4 percent of animal testing is done for educational purposes. For some studies, animals are specifically bred and killed so students can study the animal’s anatomy, such as vet students that have to practise on an animal. Students of certain majors also have to practise animal testing so that in the future they’ll be capable and certified to do independent research that involves animal testing. In some countries, it’s possible to donate your dead pet to these educational purposes so that students can practice on them and less individuals have to be specifically bred and killed for education.

Animal testing by the military

The military also uses animals to test new weapons but not much is known about this. In the Netherlands, they have been used to test nerve gas and sulfur mustard, but it’s not known what other tests these animals are or have been used for. 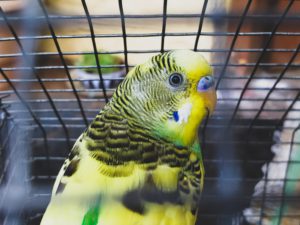 Click here for part 2 about what species are used for animal testing and where they come from.

The rabbit industry Animal testing part 2: What animals are used?