In the UK, 165 million cups of tea are consumed every day, an astonishing 60.2 billion per year. Tea is mostly produced in India, but also in several other Asian countries and even some African and South American countries. Unfortunately, tea production often causes a lot of human suffering. In this blog we review the existing information about working conditions on tea plantations and human rights violations in the tea industry.

Worldwide, an estimated 46 million people are forced to work as slaves. Unfortunately, together with coffee, sugar and cocoa, tea plantations are one of the products with the highest chance of slavery being involved.

There are several reasons for that. The first is that many tea pickers in India, Brazil and in most African countries earn so little that they easily become indebted. This leads to a cycle of indebtedness that forces workers to continue working on the plantation and often leads to oppressive conditions where workers aren’t allowed to leave and kept there by force. Every year, hundreds of workers die of starvation as they simply can’t afford more food and are unable to flee the plantation.

Another problem related to slavery is kidnapping and human trafficking, mostly of children and teenagers. This appears to be a big problem in India. Especially children of tea pickers seem to be vulnerable to kidnapping and human trafficking. As tea pickers earn so extremely little, it’s relatively easy to take children with the promise of more food and money. Many young teenagers willingly go with what later turn out to be human traffickers when they’re promised a good job. Most of these children are then sold as domestic help to families in cities. In Delhi alone, it’s believed that more than 100,000 young people are kept as domestic slaves. The testimony of the small number of children that are saved every year tell a story of beatings and abuse. While in these cases slave labour may not be used at tea plantations itself, the ridiculously low wages do significantly contribute to this problem, as most kidnapped children come from tea plantation families.

Another form of forced labour is the usage of prison labour to produce tea. For example, in China, prisoners from some penal camps are forced to pick tea leaves. 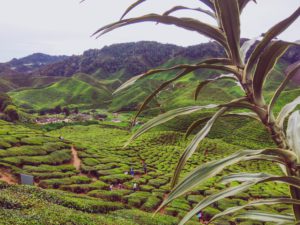 Child labour is also very common on tea plantations. School dropout rates among children of tea pickers in India is extraordinarily high, as their parents earn too little to sustain the family. Even at schools that provided free mid-day meals, dropout among children from tea families was high. Furthermore, the high quotas from the tea industry mean that there’s so much work for tea pickers that they are often forced to bring their children to assist them in order to meet their quotas.

In Africa, child labour is also common. Research in Western Uganda showed that around 40,000 children worked as tea pickers there, mostly because of poverty. Malawi is another country where many children work on tea plantations. This is mainly because of the low payment their parents get from tea picking. According to the United States Department of Labor, child labour is common on tea plantations in Burma, Kenya, Malawi, Rwanda, Tanzania, Uganda and Vietnam. In addition, a study showed that child workers in Sri Lanka are often subject to physical, sexual and mental abuse. 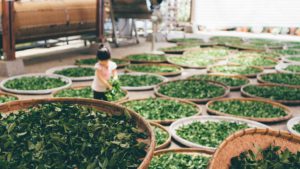 Even when there is no child labour or slavery involved, the tea industry often isn’t exactly without injustice and suffering. A World Bank investigation in India found that tea plantations had abysmal sanitation, lacked pesticide safety equipment and that there was inadequate housing.

Low wages are also a considerable problem. For example, in India tea workers have the lowest wage and worst living conditions out of all industries. This does not only contribute to child labour and slavery, but it also lowers the quality of life in many other ways. Tea pickers are often overworked and struggle to meet the high quotas. In addition, low wages can also cause malnutrition as workers can’t afford sufficient or a wide enough variety of food to sustain themselves. For example, a study in Bangladesh showed that many workers at a tea plantation had nutrient deficiencies and parasitic infections related to malnutrition.

Another problem in tea plantations in most countries, from Africa to India and China, is gender discrimination. For example, in Asia, about 95 percent of tea pickers are women. While some have argued that this can be a way to empower women as wage earners, gender discrimination means that women have to work extra hard. They regularly earn about half of what men earn. As women have little opportunity to get other jobs on plantations and often don’t have much chance of getting other jobs outside of the plantation, they’re stuck doing leaf picking for a meagre wage. In this way, the tea industry prevents gender equality in order to gain more profit.

In India and Sri Lanka, tea plantations also contribute to discrimination on ethnic grounds. Tea pickers are often people from a specific ethnic minority. For example, in Sri Lanka, it’s mostly people of Tamil origin and Sinhalese whose families have often been working on these tea plantations since colonial times. As most of these people work on tea plantations, they live physically segregated from the rest of society. This also makes it much more difficult from them to leave the plantation and look for work elsewhere, as they have no social network outside of the plantations and often face discrimination. 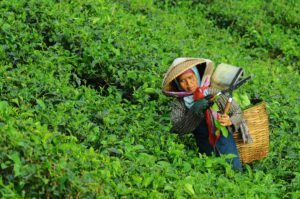 So is there any tea that is produced ethically? Unfortunately, it’s hard to say what tea is produced without child labour, slavery or exploitation. Producers like to advertise themselves as an ethical brand, but that doesn’t mean their product is necessarily better. As mentioned in the blogs on cocoa and coffee, Fairtrade certification doesn’t mean that the workers received a fair price. Fairtrade products consist of a mix of Fairtrade and non-Fairtrade products. In addition, even certified Fairtrade producers don’t always benefit from this arrangement. For example, a study by economists showed that farmers producing Fairtrade products in Uganda and Ethiopia received lower payment and worked under worse conditions than most non-Fairtrade farmers in the same countries and sectors. Sadly, most of the higher price for Fairtrade goods remains in the country where it’s consumed, with often only a few cents going to the country where it’s produced and regularly not ending up with the primary producer, the farmer or in this case, tea pickers. A study of Fairtrade tea in India concluded that in order to improve the working conditions of the workers, Fairtrade International needs to focus more on the workers and begin a dialogue with them, instead of focusing on plantation managers and potential consumers.

Another similar initiative is the Ethical Tea Partnership. Unfortunately, they mostly focus on development and sustainability, but don’t actually tackle slavery and child labour problems. Sadly, while many producers and plantations promise to give their workers benefits such as education, medical help and a living wage, this unfortunately often isn’t the case. As in the case of coffee and cocoa, big tea brands are unable to check all their plantations and therefore can’t guarantee that their tea is produced 100% ethically. Smaller companies might be able to buy tea from farmers or plantations directly, but as in the case of coffee, this doesn’t mean its production is necessarily any more ethically.

Therefore, the most ethical option is to just not consume any tea made of tea leaves. If you like drinking tea, there are some more ethical options, which are mostly herbal teas. The most ethical option is to grow your own tea, by having a mint plant, lemon balm plant or another plant that can be used for making fresh tea. In addition, commercial herbal teas that are produced in Europe are also mostly an ethical choice. However, the country of origin is often not mentioned on a box of tea, so you’d have to ask the producer about the origin first.

Why the fur industry is cruel and bad for the environment Are truffles vegan?