The negative consequences of the growing demand for palm oil are regularly in the news and an increasing number of people avoid palm oil. In an earlier blog I explained why boycotting palm oil actually isn’t such a good idea if you care about humans, animals and the environment. In this blog I’d like to address another problem related to the campaign against palm oil. Personally I feel increasingly uncomfortable about these campaigns. Not only because they often inspire people to boycotts that may be even more harmful, but also because this seems to stem from a neocolonial attitude. The framing of palm oil as a big problem and encouraging people to take action against it (with boycotts or petitions) is mostly done in the West. But what gives us the right to decide what crops other countries can and can’t grow? Why are we entitled to decide whether or not other countries can cut down parts of their forests? Implicitly, these campaigns and the opinions of many palm oil boycotters shows that many people in the West still believe they can decide what happens in other countries. This attitude may not be so surprising considering the general lack of intersectionality within the animal rights and environmental movements in the West, but is therefore not less problematic.

Of course the current palm oil situation is also partly the result of neocolonialism. Despite decolonization, most Western countries continue an unequal relationship with previous colonies that is hard for these countries to escape. Many countries that used to be colonies are still used as areas of production that are expected to produce whatever the West wants. Many animal related and environmental problems in these countries are thereby also indirectly caused by the West and neocolonialism sustains a certain state of relative poverty and dependence. Despite the fact that people in third world countries also have autonomy and agency, this dependency has caused a situation in which many people have little choice but to produce whatever Western companies ask of them. As the current palm oil industry is also the result of neocolonialism, there is a good argument to want to end this industry. However, the anti palm oil campaigns don’t attempt to solve this dependency and end neocolonialism, but are instead a continuation of this and have the potential to increase the existing gap.

Lately I noticed that many Indonesians and Malaysians criticize the Western anti palm oil campaigns and that they’re angry. Why do we interfere and think we can decide what jobs they should do? Why do we think they’re only there to produce whatever we want? How dare people who have deforested most of their own country and don’t do anything to reforest them complain about deforestation in countries like Malaysia and Indonesia whose surface for 60-70 percent still consists of forests? Why don’t Western countries concern themselves with solving deforestation and other environmental problems in their own countries instead of trying to decide what happens in other countries? 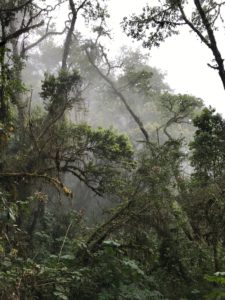 Of course deforestation and environmental degradation has international consequences. Are we then not allowed to have a say in things that influence us as well? However, in my opinion the critique on anti palm oil campaigns is still justified. After all, most Western countries also wouldn’t accept another country deciding what they grow or do, especially when that decision would also cost a lot of money and jobs. In addition, Western countries also don’t attempt to put that kind of pressure on other Western countries who deforest or badly pollute the environment. Why then do we expect to be able to tell previous colonies what they should do? Shouldn’t we want their governments to listen to their own populations instead of doing what people on the other side of the world want? A lot of the critique on palm oil is unfortunately based on a very arrogant neocolonial attitude. Therefore, let’s just leave it to the citizens of Indonesia and Malaysia to decide whether they want to keep their forests or cut them down, and whether they want to choose economic prosperity over environmental degradation. After all, in the West we have the same freedom and no other states can stop us from polluting the environment when we choose to do so for economic gain. Let’s treat all countries the same and not treat some as inferior, and most of all, let’s focus on our own environmental and animal related issues first as every Western country has plenty.

And while palm oil is a clear example of this, colonial attitudes influence a lot more than just this one problem. In the West more and more people believe deforestation in third world countries should be stopped. If this would happen that could lead to significantly more poverty in countries that are often already relatively poor. Do we have the right to decide between human suffering and the environment in other countries? Directly or indirectly infringing on another countries sovereignty in order to stop deforestation would be a possible new extreme in the neocolonial dynamics. Considering our long history with imperialism and colonialism it’s crazy that neocolonialist thinking is still so prevalent. Let’s stop treating countries differently and treat previous colonies just the same as polluting Western countries when it comes to environmental problems.