Castoreum is one of the stranger animal products that humans use. While it’s not used much, there are cosmetics and food products in the EU that contain a small amount of castoreum.  That’s why in this blog we will discuss what it is and what it’s being used for.

Castoreum is a product made by beavers. Beavers have castor sacs between their genitals and their anus that produces a liquid substance. This substance, called castoreum, is used by the beavers to grease their fur and to mark their territory with an individual beaver’s scent. Castoreum can not be harvested from a living beaver or from the environment. After killing a beaver, the castor sacs can be removed and dried. From the dried castor sacs, castoreum can be extracted and used in a variety of products.

Castoreum has been used by humans for centuries and was known as an important medicine for pretty much any health problem. That is not so surprising as it contains salicylic acid, a component of asprin. Nowadays, castoreum is no longer used in medicines, except sometimes in homeopathic medicine.

Some of the things castoreum is still being used for are parfum and other cosmetics. As it has a sweet, musk-like scent, it is very suitable for these kinds of products. Sometimes castoreum is mentioned on the label as one of the ingredients, but even when it isn’t, that’s no guarantee that a product is free from castoreum. Cosmetics producers are allowed to have ‘parfum’ as one of the ingredients without specifying what this parfum is made of. This means that castoreum (or other animal products) can be used in a product without being mentioned on the label. Luckily, there are parfums and other cosmetics with a certified vegan logo and you can always message the producers to ask whether their product contains any animal products such as castoreum.

In addition, castoreum is also used in some cigarettes to give them a sweet flavour. 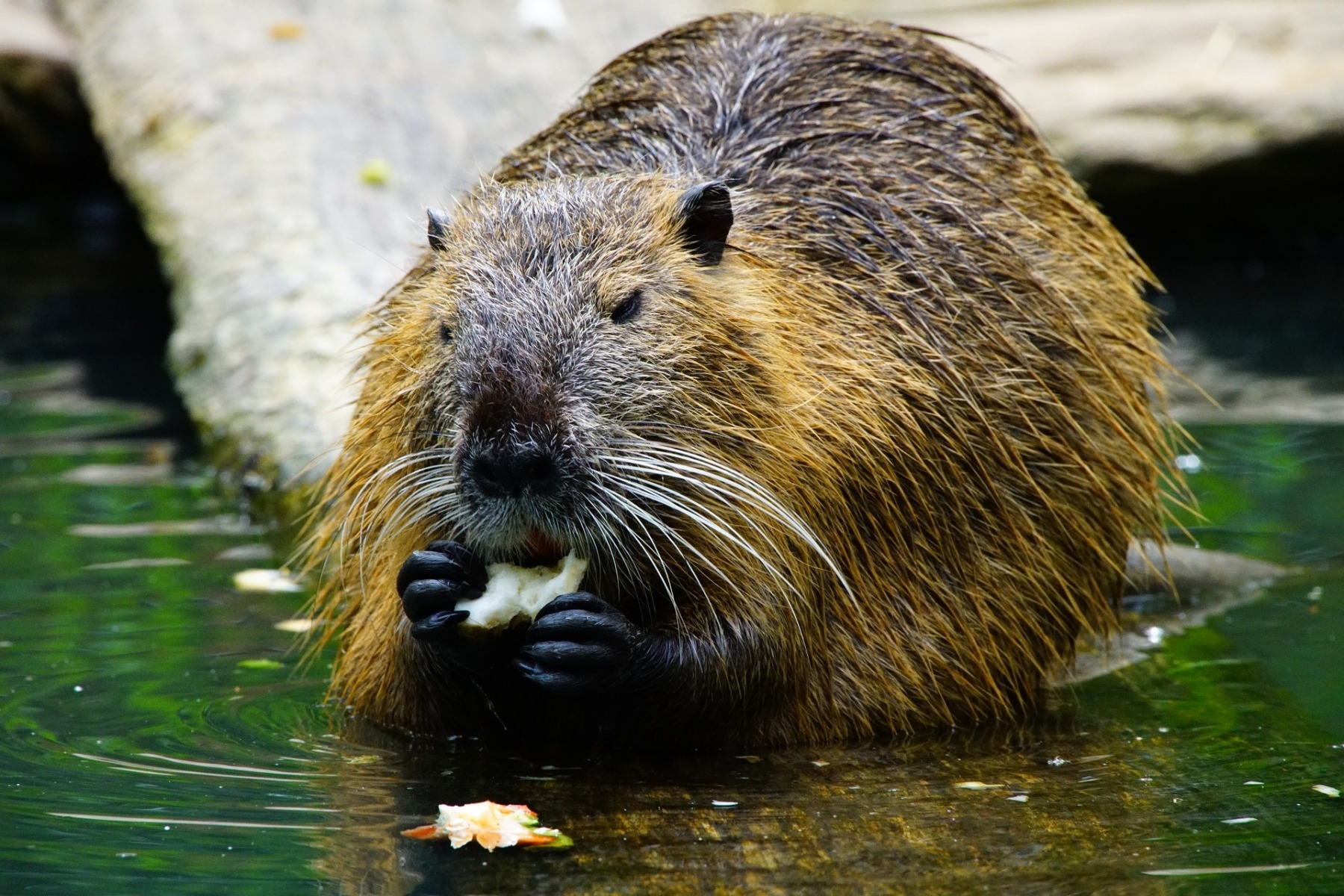 In addition to the products mentioned above, castoreum is also used by the food industry to make aromas. In a TV program in 2011, Jamie Oliver shocked many viewers by explaining how castoreum was used in products, especially in products with a vanilla flavour. Many people were sceptic about this information, but in both the EU and the US it is legally allowed to use castoreum in aromas. However, it is still unclear what products actually contain these aromas as most food companies are not transparent about it.

Keuringsdienst van Waarde (a Dutch TV program that researches food myths) made two episodes about castoreum in 2013, in which they tried to find out whether Jamie Oliver was right and what products contain castoreum. While non of the approached companies admitted to using castoreum in their products, there were several who refused to answer or stated that they stopped using castoreum a few years ago. There were also some people from the aroma industry who stated that castoreum is used in the EU to make aromas and even a Dutch flavourist who said he had used castoreum to make aromas for food companies and that some products with his castoreum containing aroma were still being sold at that time. The research revealed that castoreum is definitely being used in the EU, but it remains unclear what products contain it (as food products can put ‘aroma’ or ‘natural aroma’ on a package as an ingredient, without specifying the ingredients for the aroma, similar to parfum). The Swedish National Food Agency confirmed that castoreum is used in some products in Sweden too.

The Dutch TV program also went to Canada to find out more about how aroma companies get their castoreum. In Canada, beavers are hunted mainly for their fur and hunters sell the castor sacs as a by-product to special traders. A castor sac trader who was interviewed stated that most of them were sold to European scent and aroma producers. In the EU, it is illegal to hunt beavers, so most of the castoreum comes from the US and Canada.

What products could contain castoreum?

According to different people who work(ed) with castoreum, it’s mostly used in dark coloured aromas, mainly vanilla, but also caramel and strawberry aroma. Only a small drop of castoreum is used together with many other ingredients to make a considerable amount of aroma. These aromas are mostly used in products such as ice cream and candy. However, this does not mean that all products with ‘vanilla aroma’ contain castoreum. There are also many companies that use other ingredients to make vanilla aroma. The only problem is that you don’t know unless the company specifically states it doesn’t use castoreum.

Luckily as a vegan there is not a big chance you’ll consume products that contain castoreum. Many brands of ice cream and other sweet products aren’t vegan so vegans don’t consume these products anyway. Brands that specifically state that their products are vegan are always a safe choice. Brands like Alpro, Oatly and Swedish Glace have stated that they don’t use castoreum in their products. Therefore, as a vegan it’s not very likely you’ll consume castoreum, but when in doubt you can always message a food company to ask about their aroma, just to be sure.

What is carmine? Are organic plant-based foods better?