Why leather is one of the most polluting and cruel products

How is leather made?

Most people know that leather is made from the skin of an animal. However, to become leather, the hide has to go undergo several processes. In slaughterhouses hides are kept seperate and sold to a hide trader. The trader will seperate the big pieces of meat and fat from the hide and then store them in a fridge. There, they have to stay for 14 days before they can be transported abroad. Hides that are moved to destinations outside the EU are also covered in salt to slow down the rotting process even further.

Then the hides will be taken to a tannery, where they are washed and the last bits of meat and the hair are removed. After that, the hide is split in two and the bottom part (that used to touch the animal’s flesh) is thrown away. These organic byproduct are sometimes used for other products, but only the top part of the hide is used to make leather. The goal of tanning is to make sure the hide doesn’t rot and stays the way it is. By putting a variety of chemicals on it, the collagen in the hide is stabilized. After treating the hide with chemicals, it is washed with a lot of water. The most popular tanning technique is by using chrome tanning, as this is the fastest option, allowing workers to finish a hide in only one day.

After the tanning process the hides are brought to a leather factory. There the hides are pressed or dyed by keeping them in big barrels with paint and other chemicals. Finally they are dried, covered with a coating and dried again in an oven. This process can be repeated several times until the coating is finished. Then the pieces of leather are moved to other factories where they are used to make products such as shoes and bags.

Leather is not an unimportant by-product

Contrary to what many people believe, the sale of hides and leather is quite important for the meat industry. 10 percent of the profit made off the sale of a cow comes from selling the hide. It differs per day how much the hide of a cow costs, but in the Netherlands a farmer usually gets 50 euro for the hide alone.

In addition, there are also animals that are primarily bred and kept for the leather industry. An example of this are ostriches in South Africa. These ostriches are mainly bred for their leather as this accounts for 80 percent of the price. The meat is only sold as a by-product. Furthermore, there are also expensive brands like Gucci and Prada who want hides from special cow breeds or calf hides to make special types of leather. In these cases, the animals are also often bred specifically for this purpose and their meat is only a by-product

Lastly, it also happens that animals are killed purely for their skin and that the rest of the animal, including the meat, isn’t even used. Video footage from India shows that animals are sometimes slaughtered and skinned and the meat is left to rot because beef is not eaten much there. It is therefore quite possible that your leather products are made from animals that were killed only or mainly for their skin. 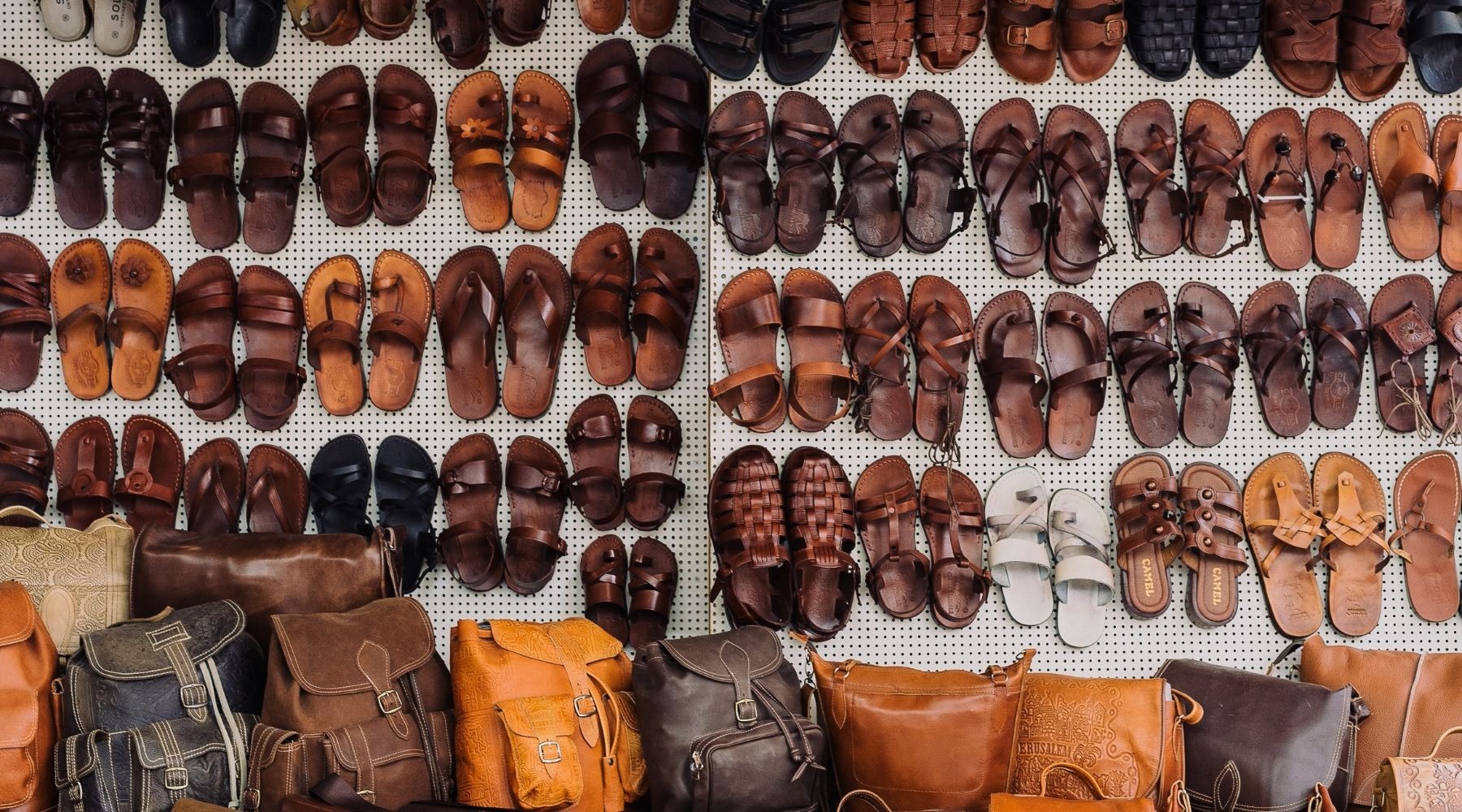 It’s impossible to know the origin

In recent years most Western countries has moved their tanneries to developing countries. For example, the Netherlands only has two tanneries left and three leather processing factories. Therefore, most hides are transported to tanneries abroad. This is not only because labour costs are lower in developing countries, but also because the environmental regulations are much less strict there.

The majority of the leather products that are sold in the EU come from China and India. This adds another problem. Not only is it impossible to find out which country the hide came from, it is also unclear from what animal the leather is made. While most leather is still made from cow hides, other animals such as sheep, goats, dogs and cats are also bred for their hides or their hides are used as lucrative by-products. On most leather products it doesn’t say from what animal the leather was made so it could be any animal. As most consumers wouldn’t like shoes from dog or cat leather, it is also not uncommon that producers lie about the origin of their products.

Most leather comes from countries where animal welfare standards are much lower than in the EU or pretty much non-existent. An example of cruel practices in the leather industry is India. As cows are seen as sacred animals by many people in India, there are not many slaughterhouses for cows. Therefore, cows are often forced to walk for hundreds of miles to a slaughterhouse or transported over long distances in crowded trucks. Many animals don’t survive the journey and die of hunger, thirst or injuries before reaching the slaughterhouse. It is also not uncommon to rub chili peppers, salt or tabacco in the eyes of the cows or to break their tails to force them to continue walking.

There are also areas in India where it’s illegal to kill healthy cows. Consequently, cows are sometimes poisoned or wounded before they’re allowed into the slaughterhouse. The slaughtering itself is often a lot less animal-friendly than here. Cows are not stunned and there are many videos of cows being skinned alive while fully conscious. In many other leather producing countries animal welfare is minimal or non-existent but many people still buy these products. 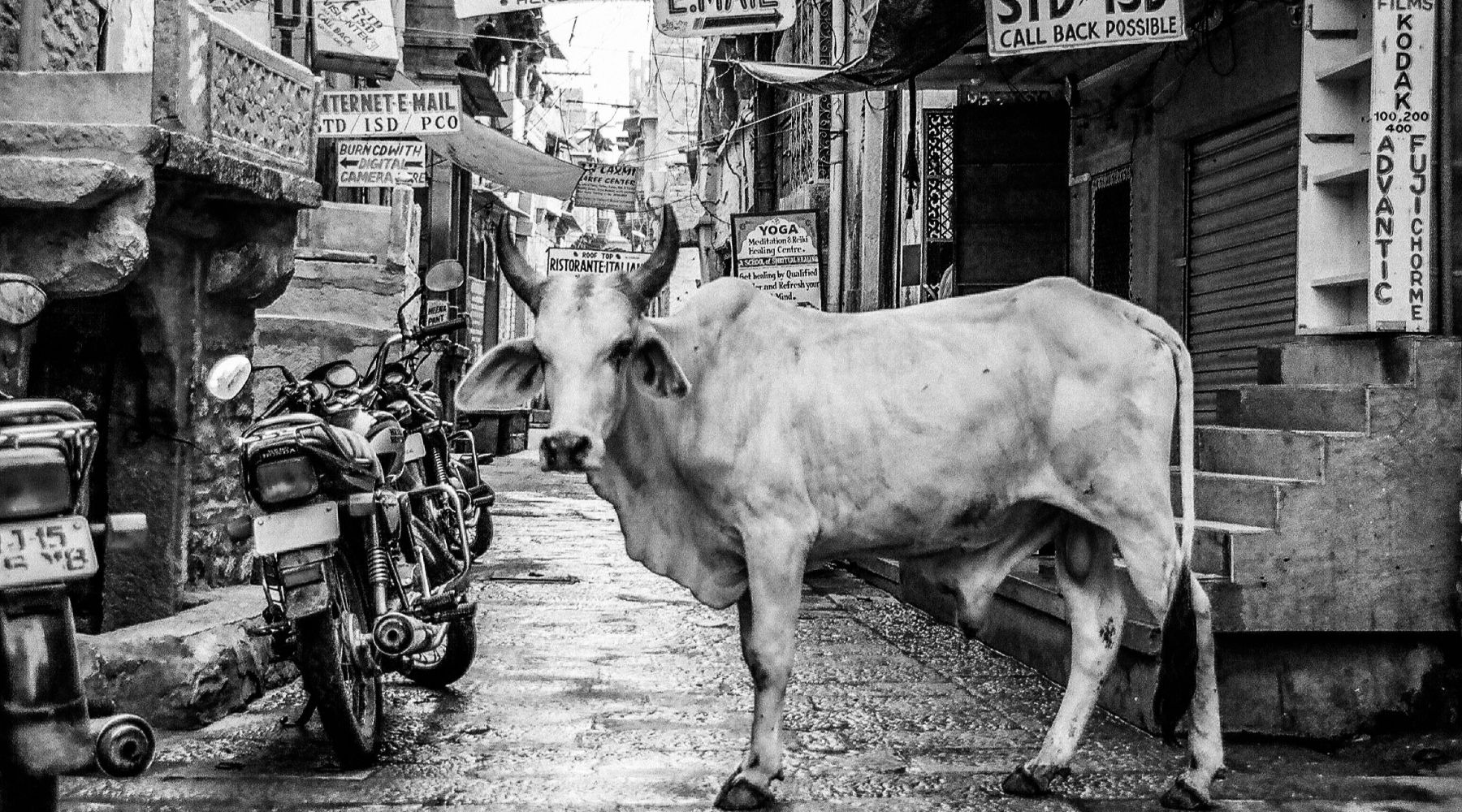 Another reason not to buy leather is because it’s environmental impact is disastrous. Nowadays, most tanneries are located in developing countries and the main reason for that is because the environmental regulations in those countries are much less strict than in the EU. The strict environmental rules in for example the Netherlands make it very expensive and difficult to produce leather here. In the process of making leather many harmful chemicals are used. Therefore, the Blacksmith Institute, an organisation that tries to mitigate pollution in developing countries has even added tanneries to their top 10 most poisonous industries.

Leather production creates two types of waste. The first one is organic waste. When processing the hides, pieces of meat, hair, blood and other organic waste is removed. In the West, most of this organic waste is used to make useful products like soap, glue, pet food or fertilizer. In developing countries this waste is usually dumped and can cause bad environmental problems, especially when dumped in waterways. In addition, there is also a lot of waste water after treating the hides with chemicals. Chemicals being used include sodium sulfide, lime, folmaldehyde, ammonium salts, coal tar derivatives and chromium. After usage, the waste water containing these chemicals is often just dumped on fields or in rivers. In many developing countries this has caused extremely bad water pollution in areas near tanneries. The chemicals are not only bad for the environment and wild animals, but also for humans, as in some countries water from these polluted rivers is the main source of drinking water for the local population.

The making of leather is not only very polluting, but also uses up a lot of resources. For example, a lot of water is needed in tanneries so leather production also contributes to draughts and water shortages in some countries. Old-fashioned techniques to make leather have a lower environmental impact, but these also cost much more time. Therefore, pretty much all tanneries work with chemicals. These chemicals make sure hides don’t rot away, but as leather is not biodegradable and clearly very polluting, it is definetely not a sustainable choice.

Companies don’t just profit from the low wages in developing countries, they often make extra profit by exploiting workers and not adhering to safety regulations. Research has shown that most tanneries in developing countries have no or little safety regultations and don’t provide workers with essentials, such as safety gloves. This forces people to work with dangerous chemicals without proper protection. Other research has shown that working in tanneries increases the chance of certain diseases. For example, researchers in Sweden and Italy found that people who lived near tanneries had a 20 to 50 percent higher chance of getting cancer. Because of the lack of protection, the health risks in developing countries are even worse. Research at a big tannery in Bangladesh showed that 90 percent of the workers didn’t reach the age of 50 and in India many tannery workers suffered chromium related conditions.

In addition, exploitation is not uncommon and there are even reported cases of forced labour. Research in India showed that both slaughterhouses and tanneries there used forced labour. Furthermore, child labour is also quite common in tanneries in countries such as India, Pakistan and Bangladesh, where children are forced to do dangerous work.

As leather is clearly bad for the animals, the environment and people, please consider buying a more sustainable and less cruel alternative next time. Nowadays there are so many types of fake leather and other sustainable materials that it’s absolutely unnecessary to buy leather.