Why we are better off without animal manure

Manure causes different kinds of pollution and other environmental problems. In this blog we discuss these problems and possible alternatives for animal manure as a fertilizer.

According to research by the FAO, animal manure is responsible for 37 percent of the anthropogenic methane emissions. In addition, 65 percent of nitrous oxide emissions and 64 percent of ammonia emissions are caused by manure from animal agriculture. These emissions are not only a problem because of the global warming and other climate related problems they are causing. They also cause other environmental problems. For example, the ammonia emissions are an important cause of acid rain and therefore greatly contribute to the acidification of ecosystems. In addition, these gases can also cause health problems for people working in animal agriculture or living near large-scale farms.

By using manure as a fertilizer or by dumping manure on empty pieces of land, the soil does not only absorb useful nutrients. The soil also becomes polluted by harmful chemicals and the balance of different nutrients can become severely disrupted.

For example, fertilizing soil with animal manure often leads to a surplus of nitrogen and phosphate. Nitrogen from animal manure is not absorbed by plants very well compared to nitrogen from chemical fertilizer, which means much more nitrogen is left in the soil or ends up in surrounding waterways. Furthermore, in many places severe problems are caused because too much animal manure is used to fertilize a piece of land in an attempt to get rid of surplus manure. Together, this results in millions of tonnes of nitrogen from manure ending up in rivers and nature, disturbing the nutrient balance and seriously damaging ecosystems. High doses of certain nutrients can cause the soil to become less fertile.

In addition, there are also other substances in animal manure that are a threat to the environment and to human health. For example, parasites, viruses and other pathogenic bacteria are common in manure and can become a threat to human health, especially when they end up in waterways. Furthermore, part of medicines and antibiotics are also excreted by animals. About 40 to 90 percent of antibiotics are excreted and end up in manure. By using this manure as fertilizer, antibiotics are not only absorbed by plants (including vegetables we then eat), but antibiotics are also spread throughout nature and the world around us, increasing the chance of antibiotic resistant bacteria. It also pollutes waterways, which is a big problem in countries where drinking water is not filtered and cleaned very well.

Furthermore, heavy metals are often added to animal feed in small quantities to keep them healthier or help them grow faster. A big part of these heavy metals is excreted again and ends up in the environment through animal manure.

Some types of pollution by manure, such as the emission of greenhouse gases, are unavoidable when you have billions of farm animals. Other types of pollution are mainly caused by manure being dumped in the environment and bad manure management. This is often the case with water pollution. Manure is often dumped in rivers or reaches rivers after being used as fertilizer or dumped on land and moved away by the rain. Because manure contains high concentrations of nitrogen and phosphate, the concentrations of these nutrients are also high in water that has been polluted with manure. This can lead to eutrophication. This means that high concentrations of especially nitrogen cause extreme algae growth, which in turn deteriorates the water quality, making it harder for fish and other animals to live in that environment. This can even result in waterways being almost entirely devoid of animal and most plant life. Other harmful substances, such as the ones mentioned earlier like antibiotics, also end up in water. All of this leads to a decrease in biodiversity, both in the water and in the areas surrounding it.

The deterioration of the quality of water is also worrying for our own fresh water supply. Even in a country with relatively clean water and good purification facilities such as the Netherlands, this is becoming a problem. Of the two hundred areas that are used to extract fresh water from, in 89 of them high concentrations of manure have been discovered in the last few years. These concentrations are much higher than is legally allowed, which is why 21 of them have been closed. The others are still being used but the costs to make this water safe enough are greatly increasing. 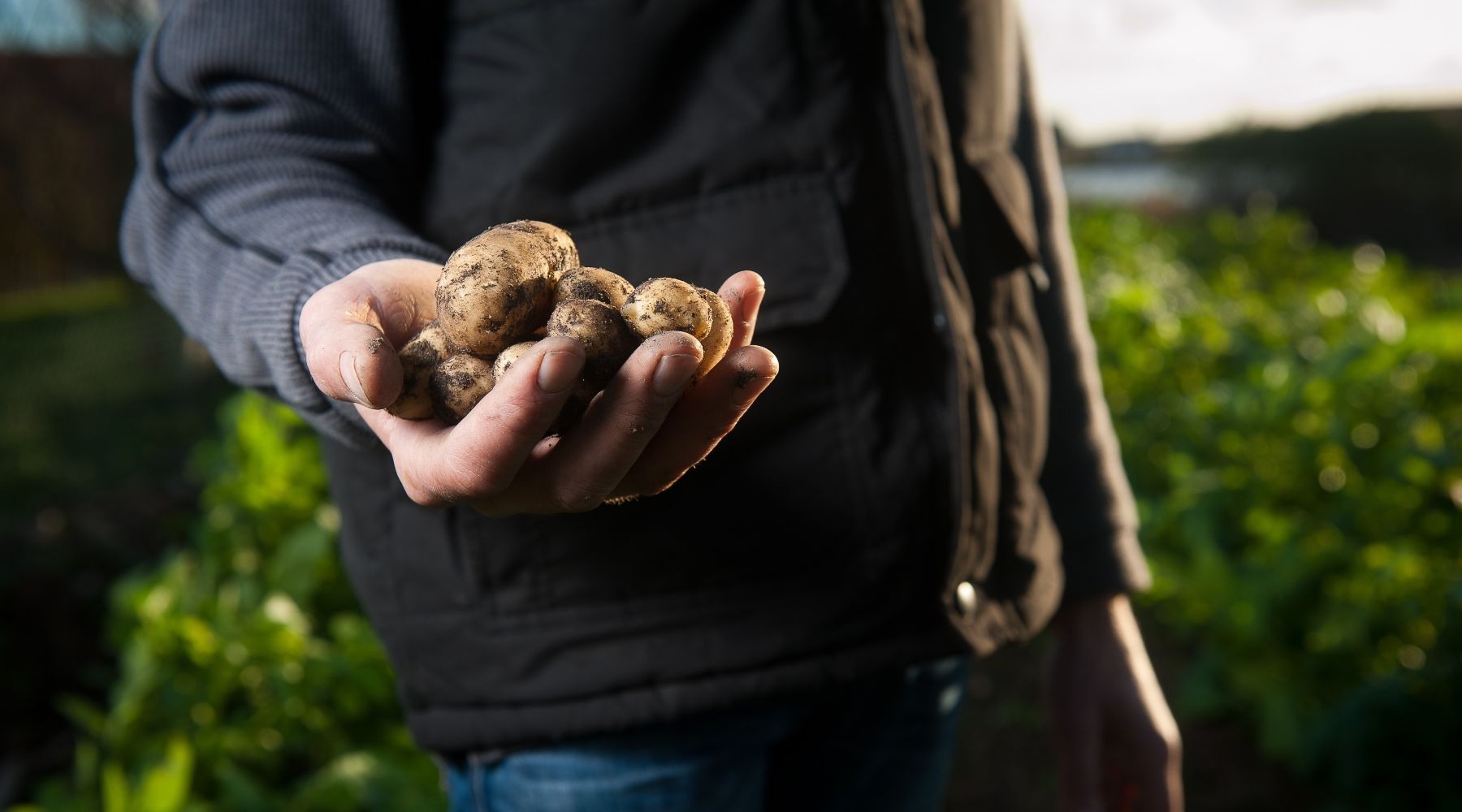 To limit the pollution from manure, the EU has established rules. There are, for example, limits for the concentration of nitrogen that is allowed in soil and water. To continue to adhere to these rules, animal agriculture in for example the Netherlands can’t just expand. As the Netherlands has the highest density of farm animals, strict rules are needed to enforce environmental laws. An example of this is that dairy farmers are no longer allowed to increase the number of dairy cows since 2015. If they want more cows, they have to buy the right to have more cows from another dairy farmer who has decided to have less cows. They also have to pay a certain amount of money for every cow they own towards environmental solutions.

However, not surprisingly considering the huge number of violations in animal agriculture, many farmers do not stick to these government regulations. Farmers pay much less environmental tax for every young dairy cow that has never given birth and is therefore not giving milk yet. Recently, it was revealed that many dairy farmers register newborn calves from these young dairy cows as being calfs from older dairy cows (causing a huge rise in the registered twins and multiple births at dairy farms). Further research showed that many dairy farms used this method to evade paying for the environmental damage they are causing (and even when they do pay, it’s not anywhere near enough to cover all environmental damage caused by the dairy industry or animal agriculture more generally).

In addition, only a small part of all the manure can be used to fertilize fields, as there is just way too much manure. In the Netherlands, part of the manure is being exported. In 2015 1,7 billion euros worth of manure were exported to other EU countries. The majority has to be processed by manure processing companies. This can be done by fermentation or by burning the manure. This way the government tries to prevent too much manure ending up in the environment.

Unfortunately, the processing of manure doesn’t always happen as it should, which is why manure fraud is a big problem. That shouldn’t be surprising, as correctly processing manure costs farmers, truck drivers and manure processors a lot of money. By just dumping the manure somewhere, they can save huge amounts of money and therefore make more profit. Research has shown that two thirds of people involved in transporting and processing manure in the southeast of the Netherlands is suspected of or has been convicted for manure fraud. In the first half of 2017 16 manure processing companies in the Netherlands were convicted for large scale manure fraud and on top of that, another 1316 fines were given to other companies and employees for manure fraud and false administrations. Therefore, it is not surprising that manure pollution goes beyond the limits set by EU laws.

In the UK, it’s not much better. Research by the Bureau of Investigative Journalism found that manure is regularly dumped in the UK, contributing significantly to soil and water pollution. In addition, not much action is taken against companies and farms that conduct these illegal actions. Even repeat offenders still continued to receive huge amounts of government subsidies.

Plant-based fertilizer and other animal and environmentally friendly options

People often think that we can’t live without animal manure, or that doing so would mean we would have to use more chemical fertilizer, which is also not very environmentally friendly. However, people often forget that until about a century ago, there were never enough farm animals to solely rely on animal manure for fertilizer. Human manure was often used (and still is in some countries) to fertilize agricultural land. Of course human manure has many of the same problems as animal manure (medicines, antibiotics etc.), but if we want, it would be possible in the future to separate and process human manure to make it suitable as  for use as fertilizer.

In addition, plant-based fertilizers are also a great alternative and have been used for centuries to supplement animal and human manure. Research on plant-based manure has shown that it is possible to create a good fertilizer with the right amounts of different nutrients. This works just as well as animal manure and chemical fertilizer, but causing less pollution. After all, the important nutrients in manure originate from plants, so we might as well get them directly from the plants.

In the Netherlands, there are already some farmers working without animal manure or chemical fertilizer. They do this by rotating crops and using fruit, vegetable and garden waste to make a plant-based fertilizer. Unfortunately, farmers still get an extra subsidy for using animal manure, so it’s much more profitable to use that. Only organic farmers have to pay for their organic manure, so it’s mostly organic farmers who are experimenting with plant-based fertilizer to save costs.

Why palm oil is bad, but boycotting it even worse Why is silk not vegan?