Why you shouldn’t eat chicks

In the UK, 875 million chickens are killed every year for meat. This is not too surprising as 49 percent of all the meat eaten in the UK is poultry. After only 6 weeks chicks are send to the slaughterhouse, with around 2.5 million of them being killed in the UK every day. The short life of these gentle and complex animals is unfortunately filled with suffering. In this blog, we explain how these chicks are raised and slaughtered.

Specially selected roosters and chicks are kept seperately as parent animals. While these animals get to live longer than their children, their suffering is equally horrific. They’re bred so as to grow unnaturally fast and big, which is convenient when you want to produce meat fast, but not when the animal is not slaughtered at a young age. These chickens usually die very young when they aren’t send to the slaughterhouse because of health problems caused by their weird bodies. To prevent that, the parent animals are put on a diet to slow down their growth. This means that during their entire life, they’re constantly hungry. After about 17 months, they are send to the slaughterhouse.

The chickens are usually fertilized through artificial insemination. Broilers are bred to make them grow very fast and because of their weirdly shaped bodies, most of them are unable to mate. The eggs are taken away and brought to an incubator, which means the chicks will never meet their mom. When the eggs are hatched, the chicks are taken to poultry farms, where they’ll stay for 6 weeks until it’s time to be slaughtered.

Shortly after being born, the chicks are mutilated. They are debeaked to prevent them from pecking each other. As they have very little space and nothing to do all day, pecking is common which causes wounds. However, debeaking is very painful, as the beak is highly sensitive. According to researchers, chicks suffer chronic pain from debeaking for the rest of their short lives. Unfortunately, debeaking doesn’t prevent the chicks from pecking each other, as they still continue to peck and wound each other with what remains of their beak. In addition, their spurs and comb are sometimes also removed in an attempt to limit wounds. 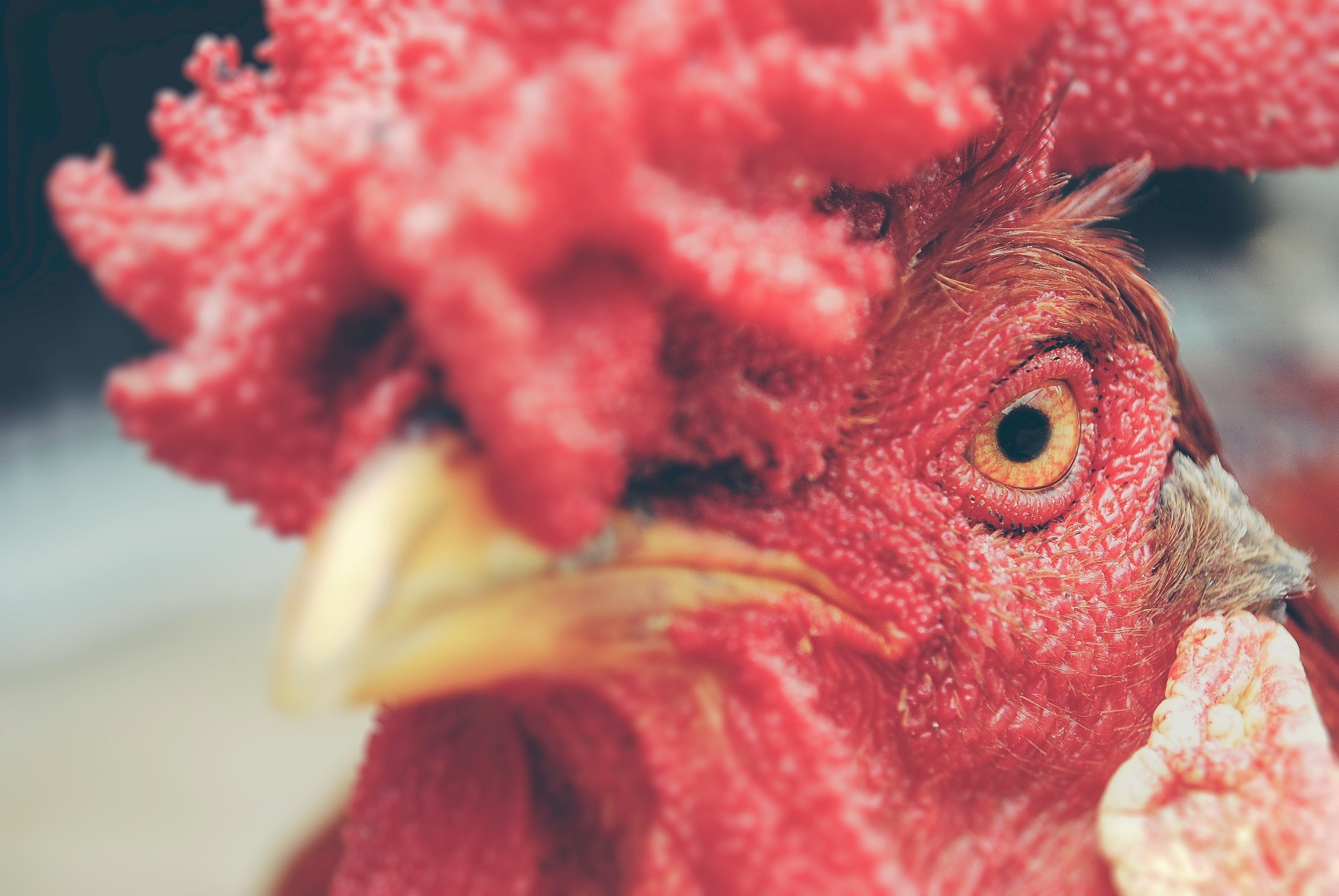 The life of a boiler chick

Broiler chicks change from a tiny little chick into a broiler weighing 2.3 kilo in six weeks. While the chicks may look similar to adult chicken by the time they go to the slaughterhouse, they’re still only chicks. They’re toddlers in an unnatural, deformed body.

Chicks often barely have any space, with 20 chicks sharing one square meter. This means that they each have less than one A4 piece of paper of space. Furthermore, many of these chicks are housed in so-called mega farms. There are even several mega farms in the UK housing more than one million chicks each. I couldn’t find what percentage of chicks are kept in mega farms, but in the Netherlands, half of all broilers are kept in mega farms with over 220.000 chicks each. However, 98 percent of broilers production in the UK is intensive, meaning that farms contain at least 30,000 chicks. This might not be as big as a mega farm, but these are still a huge number of animals per shed. While mega farms are often more efficient, this also increases risks, as a fire or an outbreak of disease can kill hundreds of thousands of animals, which unfortunately is a regular occurrence.

Most chicks never get to go outside. As they’re always indoors, it’s easy to manipulate the light. By keeping the lights on extra long, chicks are stimulated to eat more. By dimming the lights all day, chickens move less, and thus use less energy. Because of this manipulation of light, chicks grow extra fast. Unfortunately, research shows that these practices are not good for animal welfare, as it contributes to health problems and causes additional stress.

As it only takes 6 weeks before the chicks are taken out and brought to the slaughterhouse, farms are not cleaned within those 6 weeks. This means that the chicks are forced to live between their own and each other’s feces for the entire 6 weeks.

Many chicks suffer from health problems. Some of these are caused by the selective breeding of chicks to make them grow as fast as possible. Especially towards the end of the 6 weeks, many of the chicks can barely carry their own weight anymore. They often become lame and some are unable to get up.

Other problems are caused by the unnatural and unsuitable environment in which the chicks are kept, in which efficiency and maximizing profits are considered to be more important than animal welfare. For example, as the farms aren’t cleaned during those 6 weeks, more than 80 percent of chicks in the UK have burn wounds from the ammonia from their feces. In addition, the feces also cause respiratory problems and greatly increase the chance of infection, especially as many chicks have open wounds.

Furthermore, the fact that so many chickens are kept together and are forced to live close together helps spread infections and viruses. Therefore, it shouldn’t be surprising that most chickens are contaminated with harmful bacteria such as salmonella, campylobacter and E. Coli. 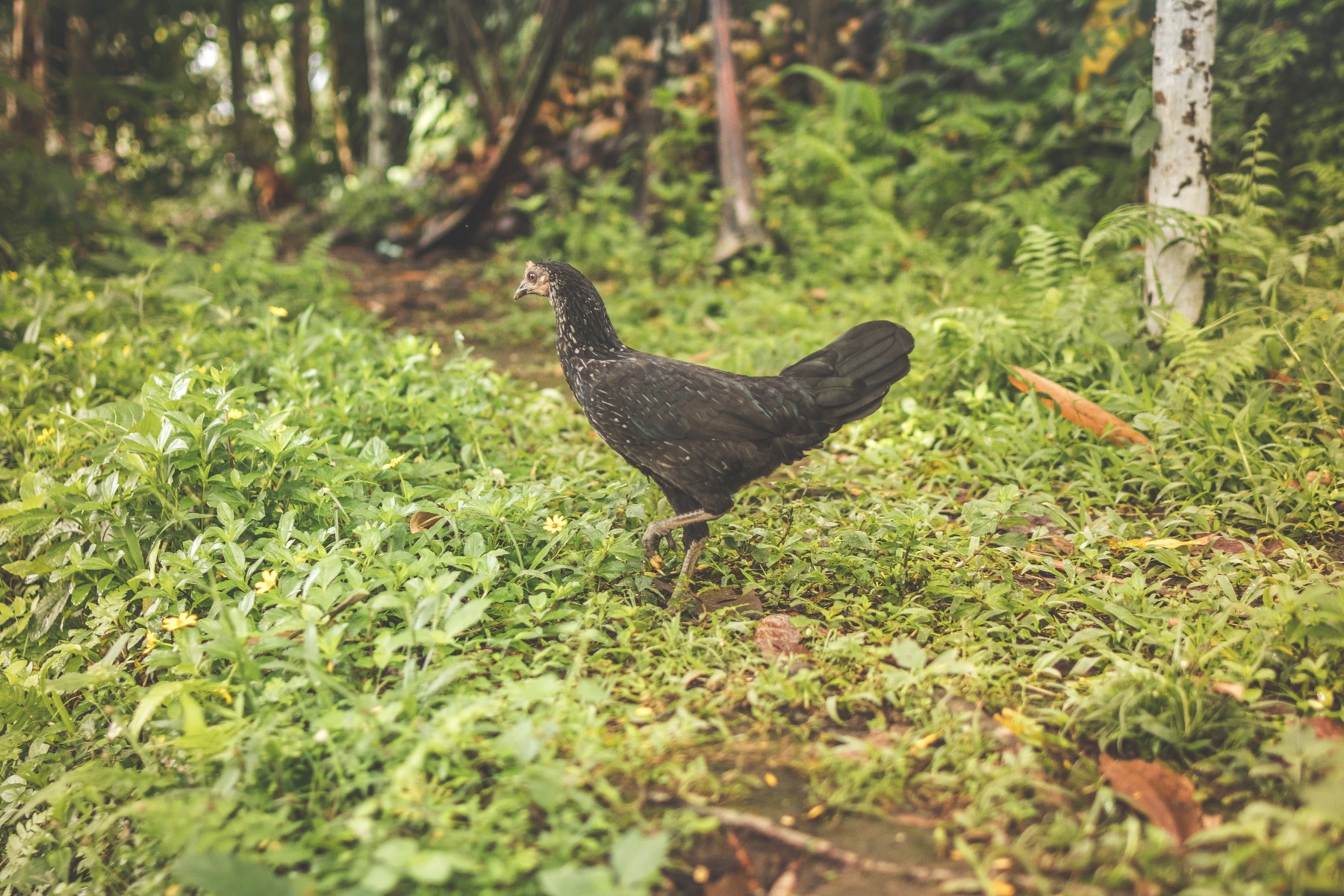 Because of all these health problems, most chicks suffer pain. According to research in the Netherlands, more than half of all chicks were lame, had ulcers or burn wounds on their feet or other painful afflictions. In addition, other ulcers and stomach and intestinal problems are also common. Unfortunately, not much is done to stop this pain. At least in the Netherlands, painkillers aren’t used, as there are no registered painkillers for poultry. There are unregistered painkillers, but it’s unknown how long it takes before these painkillers have left the chicks’ body, which means that when they have been used, the chicks’ meat can’t be sold anymore. Therefore poultry farmers don’t use these painkillers.

To prevent too many chicks dying before reaching the slaughterhouse, broiler chicks receive preventive antibiotics treatment. Currently chicks get about 56 mg of antibiotics per kilogram of body weight in the UK. Nevertheless, millions of chicks still die every year due to heart failure (the heart often can’t keep up with the fast growth), liver and kidney problems, blood poisoning, infections, or because chicks become lame and can no longer reach their food and water, thus dying from hunger and thirst. In the UK, more than 5 percent of chicks die before being transported to the slaughterhouse, about 45 million chicks every year.

After 6 weeks, the chicks are brought to the slaughterhouse. When the birds are caught to prepare them for transport, they regularly break bones. Their legs are already weak from their heavy weight and break easily when they’re picked up. As this is often done fast and quite rough, there is no time to treat them carefully. Wings also regularly break, which means the animals suffer a lot of pain during transportation. Even when they have not been wounded, the transportation is very stressful for the chicks and usually 7000 to 8000 chicks are crammed together in one truck.

At the slaughterhouse, the chicks are hung by their feet, which is very stressful and threatening for them according to experts. They are then dragged through a water bath in which they get an electric shock. Unfortunately, it regularly happens that chicks are not stunned as they move too much and their head doesn’t touch the water. Next, their throat is slit by automatic blades. Then they get to a checker who is supposed to manually slit the throat of those chicks that have missed the automatic blades. However, as this person has 150 chicks passing by him/her every minute, it regularly happens that chicks are still alive and sometimes also haven’t been stunned when they reach the defeathering tanks. The defeathering tank is the next part in the slaughter process, which is a tank with scalding-hot water to loosen the feathers. Time and again, research in the UK, the Netherlands and other part of the world shows that many things go wrong in slaughterhouses causing unnecessary suffering, mostly because chicks are processed at such a high speed. 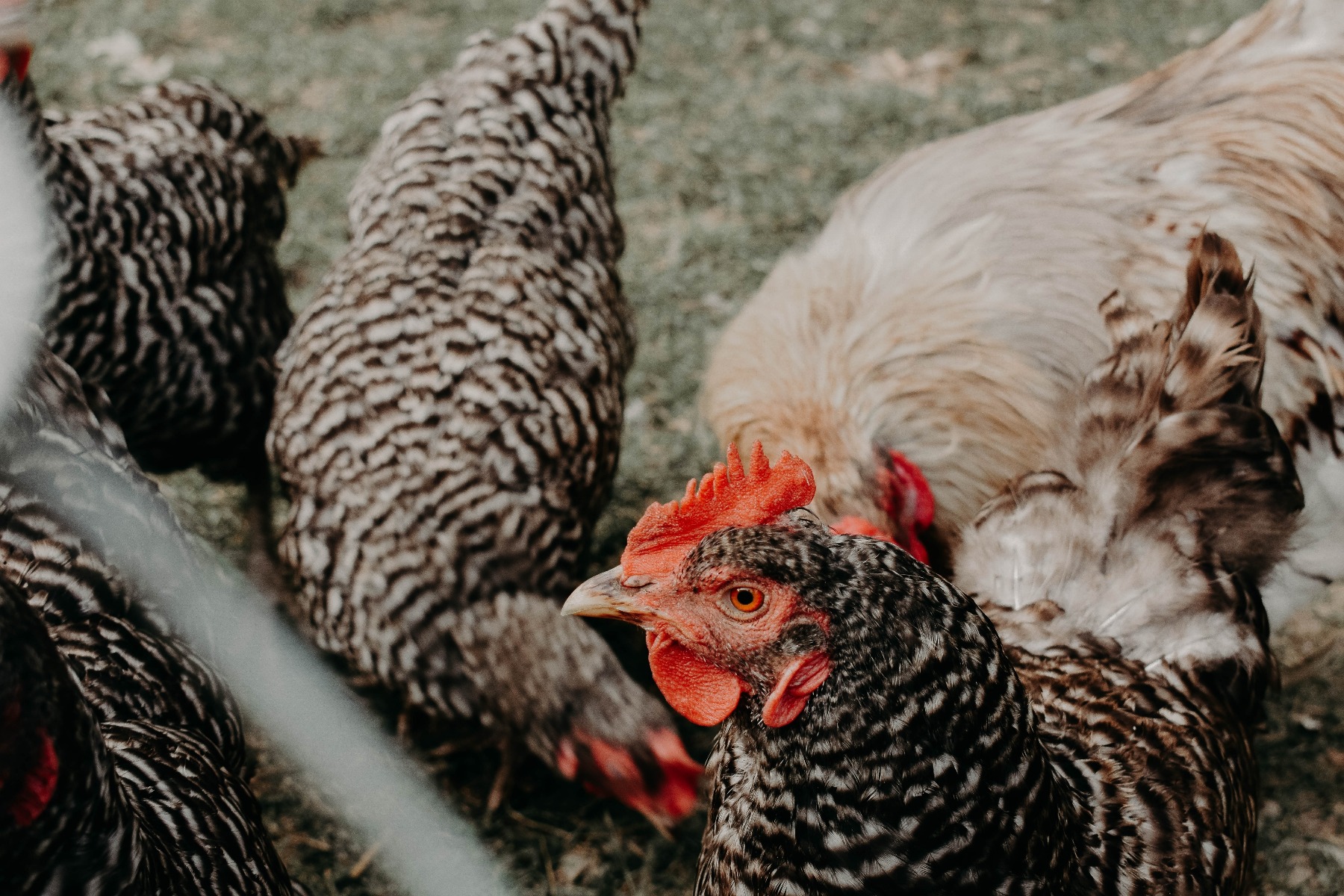 Other types of chicken

While the majority of broilers are raised in the way described above, there are also some chicks that are raised in farms with an outdoor part. However, most of these chickens still have similar problems and their slaughter is the same. In addition, some consider organic poultry to be better, but this just means the birds get organic feed and slightly more space and access to an outdoor part. Many of the health problems still occur in organic or other types of ‘free-range’ broilers and while they are usually slightly slower growing breeds, they aren’t normal chicken breeds either. They still live in unnatural conditions and die an often painful death when they are only a few weeks of age.

The enormous amounts of unnecessary suffering behind chicken production should be enough to never buy it again. Unfortunately, there are many more problems with this industry. One of them is that its products are also quite unhygienic and a threat to human health.

Research shows that a lot of chicken meat contains feces, organ matter or dirt. While this might not immediately threaten your health, this is pretty gross and completely not necessary. However, as most slaughterhouses process around 10.000 chicks every hour, this should not be too surprising. According to research, about 92 percent of the chicken meat for sale is contaminated with poop. Furthermore, reports from slaughterhouse workers and research show that meat that has fallen on the floor is put with the ‘normal’ meat, workers don’t always work hygienically, and facilities are often not cleaned to the compulsory standards.

In addition, chicken also often contains harmful bacteria. This should also not be surprising as most chicks are contaminated with a variety of different harmful bacteria. Therefore, chicken is a major cause of food poisoning. According to one study 40 percent of chicken in the UK contained either salmonella or campylobacter food poisoning bugs. Another study showed that almost 75 percent of chicken at supermarkets was contaminated with campylobacter. A quarter of a million people in the UK get ill every year from eating contaminated chicken. While the risk of getting ill is small when the meat is cooked thoroughly, you should still ask yourself if you even want to eat meat that is contaminated with harmful bacteria and poop in the first place.