In the Netherlands, the UK and many other countries, there is a 3 R’s policy for animal testing. The 3 R’s stand for replacement, reduction and refinement. This means that we should try to replace tests on animals as much as possible, reduce the number of animals involved for each experiment, and make tests as animal friendly as possible. While the principles of the 3 R’s were already thought out by two British biologists in 1959, the idea only became popular in the 80s. Nowadays, researchers usually have to take the 3 R’s into consideration when making a research plan and they play a role in deciding whether an experiment receives a permit or not. Luckily in recent years many new technologies have developed that make replacing animal testing increasingly possible.

A lot of experiments can now be done without using animals by simply growing the necessary cells. With stem cells it’s possible to grow tissue from different body parts of both humans and other animals. With this method, a kidney or a heart can be grown, or a piece of skin tissue. This way it’s possible to test whether a certain medicine is poisonous for kidneys for example. By growing skin or cornea tissue, we can test how skin or eyes react to a certain product. Often these tests are more reliable than toxicity tests on animals, because animals often have a slightly different skin than humans. This explains why occasionally, a product that did not cause irritation during tests on rabbits, can cause skin irritation in humans. Thanks to this new development it is therefore not only possible to test the safety of products without animals, but also in a more reliable way.

In 2017 scientists even managed to grow an entire mice embryo from stem cells. This method can be used to study the development of embryos. These embryos can’t grow to become real babies as they can’t get the nutrients they’d normally get from their mother. This way embryos can be studied without needing to keep and breed animals. Researchers expect that in the future it will also become possible to grown human embryos this way for research.

Especially growing human tissue has many advantages because it increases the reliability of the research results. Unfortunately, lab-grown cells and tissues aren’t used much yet because they aren’t available on a sufficiently big scale. Skin tissue is often grown using cells from pieces of skin that doctors remove, for example at plastic surgery. Only with permission and cooperation of both the doctor and patient can this tissue be used to grow tissue and replace animal testing. Unfortunately, this method doesn’t produce anywhere near enough tissue yet, so in the future a solution for this problem could greatly reduce the number of animals needed for experiments. Luckily, it’s also possible to grow animal skin and other cells, so growing a skin that is quite similar to human skin, such as pig skin, could also be a solution. 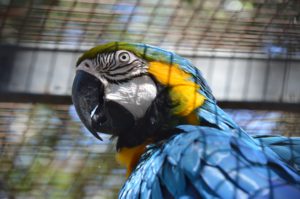 Due to new technologies it’s increasingly possible to test things using humans instead. For example, as we now have better scans, it’s possible to study organs and brain activity in humans. This way we don’t need animals to learn more about how the human body works. In addition, medicines can also sometimes be tested on humans by using micro doses. This way the person receives an extremely small dose, which means the medicine won’t have any effect on the body, but the reaction in individual cells can be observed.

Nowadays there are also new technologies like ‘lab on a chip’, ‘human on a chip’ and ‘organ on a chip’. On these chips are different cells that are connected to each other through tiny threads and can exchange substances and signals. This way the exchange and cooperation between cells and their reaction on certain products can be tested. There is for example already a chip that can test the effect of medicines on kidneys. In a way these chips are a kind of miniature laboratory in which everything takes place on the chip and where miniature versions of tissue and organs can be made and safely used for testing. In the future, it is expected to become possible to imitate an entire human body on a chip. This technology is already being used, but especially offers promising prospects for the future that may be able to replace even more experiments on animals. Another advantage of this technique is that human cells are used, which increases the reliability of the results. 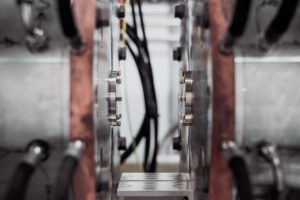 There is an increasing number of databases in which information about the human body and diseases is stored. With smart data systems, this information and information from previous research can be used for new research. In addition, there is also a lot of progress in computer simulations that can make predictions. By combining information from different sources, models can be made and in some cases new experiments on animals are then no longer required. It’s also important that as much information as possible is shared and that the results from studies with animal testing that had negative results are also published and saved to prevent unnecessary repetition of the same experiments.

Sometimes it’s also possible to conduct experiments on dead animals instead. In some cases this is already happening, because some animals are bred and killed so that their body parts can be used in experiments. A better alternative would be to use animals that are already dead, so causing extra suffering by breeding and killing animals is no longer necessary. In addition, sometimes living animals can also be replaced by dead ones. For example, in the past (and in some countries still nowadays) it was normal to test the safety of new products by putting some in the eyes of living rabbits. Nowadays in the Netherlands, the eyes of chickens killed at slaughterhouses are used for this purpose. This works just as well, and no extra animals have to be bred and killed for these experiments. Of course, using animal parts from slaughterhouses isn’t ideal and could be problematic in the future when there hopefully won’t be any slaughterhouses anymore. Still, this could reduce the suffering of many animals in the short term and in the future it may also be possible to use animals or even humans that have died of a natural cause. 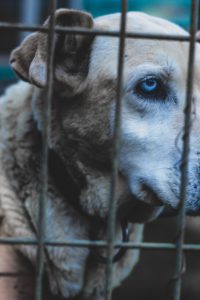 Besides using new technologies, there are also other ways to reduce the number of tests on animals. The Dutch Rathenau Instituut also proposes the 3 B’s: better research, better answers to questions that are relevant to society and better laws. The first two mainly deal with asking different kinds of questions and a new perspective on health. In addition, laws also play a big role as it’s now often still compulsory to test new substances and products on animals. It also regularly takes a very long time before alternatives to animal testing are approved. By changing this, it’ll be possible to replace animal testing much faster.

In addition, it also remains important to encourage alternatives. Not only by researching more possible alternatives, but also by using the ones we already have as much as possible. In order to do this, it’s important to convince researchers, who have often spent most of their career doing animal testing, that working with these alternatives instead is important and by encouraging them to embrace this change.