Why palm oil is bad, but boycotting it even worse

In recent years, the negative effects of palm oil cultivation have regularly been in the news. As palm oil cultivation often includes deforestation and human rights violations, an increasing number of people chooses to buy sustainable palm oil or to boycott palm oil. While this may seem quite logical, this does not contribute to solving the problems and boycotting palm oil on a huge scale may even be worse for the environment than the current palm oil cultivation.

Palm oil cultivation has greatly increased in the last few years, especially in Southeast Asia. Nowadays palm oil is the most widely used oil and it’s cultivation increases with about 8 percent every year. This is not surprising, as palm oil is the most efficiently produced type of oil. Therefore, we can produce a huge amount of oil per hectare. It’s also very useful, as it can be used in all sorts of products such as food, cosmetics, biofuel and more. It’s even an ingredient in about half of all products in supermarkets.

Because palm oil is so useful, there is a huge demand for more palm oil. Unfortunately, the cultivation of new palm oil plantations has led to the destruction of big parts of rainforest, especially in Southeast Asia. This has caused a decrease in biodiversity and the suffering and death of many animals. The destruction of rainforest is also very bad for the environment, as often big parts of forest are set on fire, emitting huge amounts of CO2 into the air.

The growing number of palm oil plantations are also bad for humans. Often land is being stolen from the local population and this means people are forced to move or have difficulty growing sufficient food. Research by the NGO GRAIN concluded that native population in both Southeast Asia and Africa are greatly effected by this. Unfortunately, those are not the only human right violations by palm oil companies. According to research from Amnesty International, workers at palm oil plantations are regularly being exploited and human rights violations are common. Child labour, people working for less than minimum wage or working with dangerous chemicals and a lack of safety regulations are all very common in the palm oil industry.

An increasing number of people is aware of the problems palm oil cultivation is causing and has decided to boycott products containing palm oil. Usually this means boycotting products from supermarkets that contain palm oil. However, half of all the palm oil that is being imported by the EU is used to make biofuel. Therefore, the increase in biofuel is the main reason for the growing demand for palm oil. Since 2009, the EU has made it compulsory to mix biofuel with regular fuel. As the palm oil cultivation is the most efficient and cheapest biofuel, EU countries mostly choose palm oil as the biofuel that they add to their regular fuel in order to adhere to EU regulations. Some other types of biofuel are also used, such as left-over cooking oil and other types of oil, but these are much more expensive and much more damaging to the environment when produced on a scale as big as the current palm oil cultivation. Therefore, palm oil is still the most used biofuel. For example, in the Netherlands, 60 percent of biofuel consists of palm oil. In 2015, 3.35 million tonnes of palm oil were imported for biofuel. As the EU plans to increase the usage of biofuel, the demand for palm oil is expected to increase even further.

Palm oil is used in almost all types of animal feed. Every year, the Netherlands imports 114.000 tonnes of palm oil for usage in animal feed. A little over half of that is used to feed animals whose meat will be exported. About 46.500 tonnes of palm oil are used to make animal products for Dutch consumers. While the amount of palm oil that is imported for biofuel is much bigger, the impact of animal agriculture on the palm oil industry is also considerable. To make one kilogram of beef, about 24 grams of palm oil are used. For chicken, this is even 44 grams and for eggs 17 grams. Especially chickens consume a lot of palm oil, as about 2,5 percent of their feed consists of it. Also in other EU countries and countries outside the EU palm oil is usually added to animal feed. Therefore, by consuming animal products you do contribute significantly to the palm oil industry and the devastation its causing. This is especially saddening as it’s completely unnecessary to use palm oil in animal feed and it’s mainly added because it’s cheap. 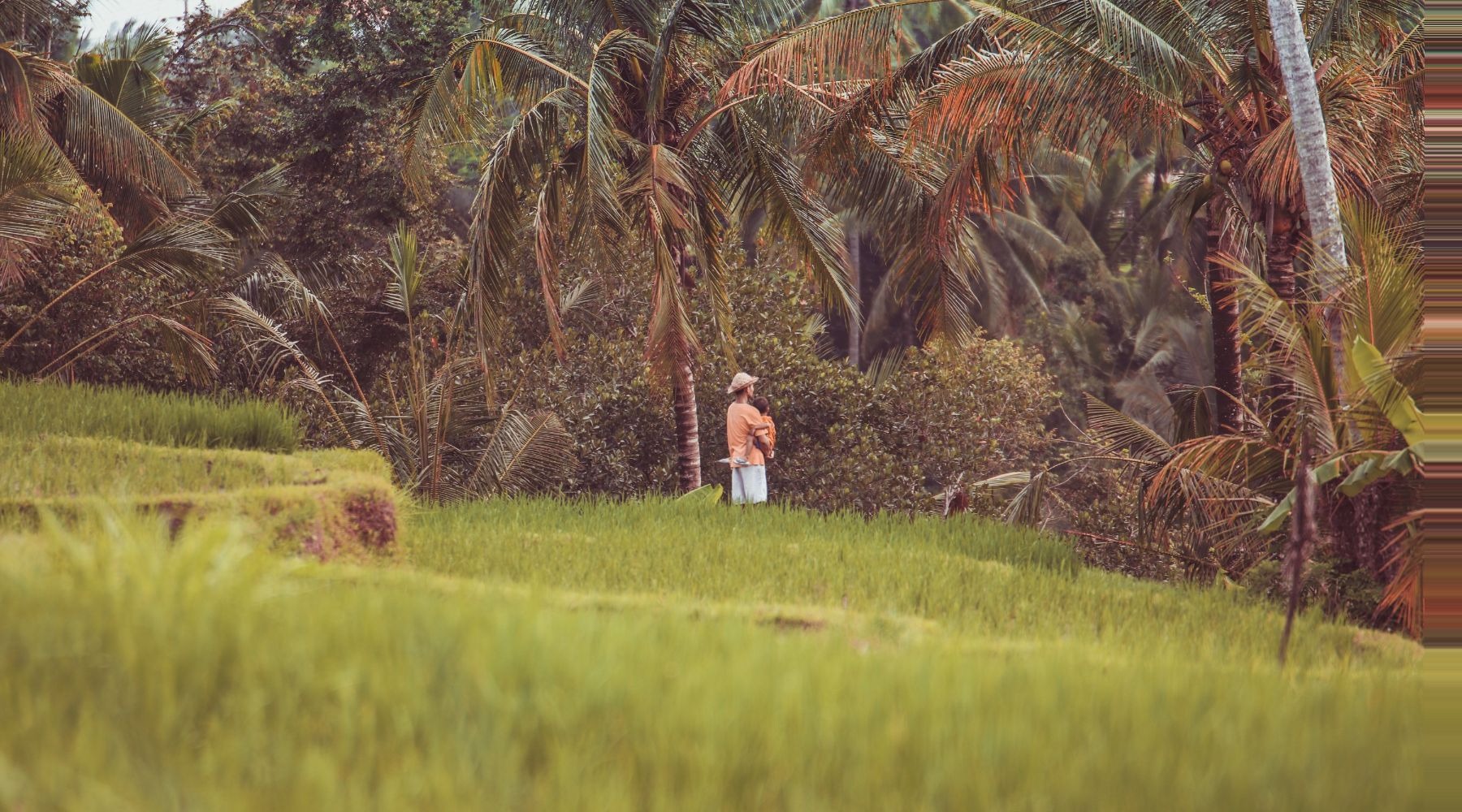 In an attempt to solve the problems the palm oil industry is causing, the organisation Roundtable for Sustainable Palm Oil (RSPO) was founded in 2004. The RSPO is a non-profit organisation that brings palm oil producers, palm oil buyers and NGOs together to discuss solutions for the environmental and human rights problems related to palm oil cultivation. Together they have created the RSPO certificate that indicates a product is made with sustainable palm oil. In recent years there is more awareness of palm oil related issues and consumers have pressed for more sustainable palm oil. Because of this, about 19 percent of palm oil companies currently has a RSPO certificate and is therefore labelled sustainable. Big companies, such as Unilever, only work with 100 percent certified sustainable palm oil and 90 percent of the palm oil used in the Netherlands is sustainable.

In addition, there have been many reports that companies with a RSPO certificate that don’t follow the sustainability requirements can easily get away with it. Many plantations are located in the middle of nowhere and are difficult to inspect. Even when inspections have found out that a company has violated environmental or human rights regulations, it often takes years before this has any consequences. For example, in 2010 organisations filed a complaint against palm oil producer IOI, when it became public knowledge that the company had illegally stolen land and destroyed thousands of hectares of rainforest. It took 6 years before the the RSPO took action and suspended IOI’s certificate. Five months later, IOI reentered the RSPO and regained its certificate. Of several other big companies it is also known that they violate regulations and illegally steal land and destroy huge amounts of rainforest, but unfortunately the RSPO often does not take any action at all.

Sustainable palm oil clearly isn’t the solution, but what is? The problems surrounding palm oil cultivation are pretty severe, so it’s only logical that many people want to do something about that. Therefore, some people have decided to boycott all products that contain palm oil, sometimes including products with sustainable palm oil. While this is quite a logical choice, unfortunately it doesn’t help to reduce deforestation of rain forests and human rights violations.

While it’s often said that palm oil is the problem, it isn’t really. The real problem is the huge demand for vegetable oils and the lack of free agricultural land. Consumers want lots of cheap products and to produce those, a lot of land is needed. When the majority of people begins to boycott palm oil, then it’s only a matter of time before producers are going to replace the palm oil in their products for another ingredient, as people will still want to buy these products (in most cases that would have to be another type of oil). That doesn’t solve the problem, because to make the replacement, land is also needed and therefore deforestation will still be necessary.

In fact, switching to other types of oil will require even more land and therefore more deforestation than the cultivation of palm oil, as palm oil is one of the most efficient and sustainable types of oil. From one hectare of oil palms, about 3,7 tonnes of palm oil can be made every year. For a hectare of sunflowers this is only 0,7 tonnes of sunflower oil. Therefore, if a palm oil boycott would force producers to switch to other oils and they would choose sunflower oil, this would require 5 times more land to make the same amount of oil. This would be really bad for the environment and would likely lead to more land being stolen. In addition, a lot of other types of oil are also a lot more polluting as their cultivation requires more chemical fertilizer and pesticides or it creates toxic waste as a by-product (as is the case with olive oil).

An additional problem is that an increasing number of companies is starting to replace the palm oil in their products with animal products like butter in response to palm oil complaints from customers. As animal products cause even more animal suffering and environmental damage, this is not exactly a positive development.

So then what would be the solution? Unfortunately, the main problem is that more and more agricultural land is necessary to keep up with consumers’ increasing demand for food and other products. The only way to end deforestation is by limiting our ecological footprint, for example by consuming less, not buying unnecessary products and paying attention to the environmental costs of products (including the amount of land needed to make a product). A good way to reduce your ecological footprint is by going vegan, as that doesn’t just save a lot of palm oil (in feed), but also a lot of other land use, as animal agriculture and animal products have a much bigger footprint than most other products. But vegans can also reduce their footprint even further, by paying attention to the environmental cost of vegan products and not consuming lots of unnecessary products. Unfortunately, consuming less is not very popular among both consumers and producers, so it’s not surprising that both producers and NGOs prefer to focus on a more profitable approach, such as advocating ‘sustainable’ palm oil.

If we’d all consume less and use less land, there would be no need for deforestation. However, as the palm oil industry won’t die out, it remains important to encourage palm oil companies to work in a sustainable and human friendly way. This is also the approach that is advocated by the Sumatran Orangutan Society. This can be done by asking NGOs to implement stricter rules and conduct more inspections for sustainable palm oil certificates and asking producers to make environmentally friendly choices.

The pig industry Why we are better off without animal manure