Why separating household waste is so important

The average person in the UK produces around 500 kilos of waste every year, together creating a total of 30 million tons of household waste. The amount of waste is quite similar to that of most other European countries. However, the UK has one of the lowest recycling rates in Europe. In the UK, it depends on where you live as to what types of material you can recycle. Many places do not have separate bins for all different types of rubbish as local government institutions are responsible for this.

Unfortunately, the rubbish that is not recycled mostly ends up in incinerators that cause severe pollution. A part of the waste is also put into landfills or dumped abroad. This is not only very bad for the environment, but it is also bad financially. Recycling materials such as glass, steel, paper and aluminium cost considerably less money than manufacturing it from raw materials and saves energy and resources.

Luckily about 80 percent of all household waste can be recycled. It only requires people to be willing to separate their waste and the government to facilitate the recycling process. By reusing and recycling waste we need less land, water and other resources. In addition, manufacturing new materials is usually polluting and requires a lot of energy. Therefore recycling is a much better option. Even with the extra CO2 from separately picking up different types of waste, recycling is still much better for the environment.

Kitchen and garden waste includes leftover food, tea bags, garden waste and eco-friendly litter from a cat’s litter tray. In some areas in the UK this is separated and used to make compost. In the Netherlands anaerobic digestion is used to turn it into methane that can be used to create green energy or to make natural gas for cooking and heating. What is left after this is used to make compost for agricultural purposes. It is not really clear whether this happens in the UK as well or whether organic waste is only turned into compost.

By recycling paper, many less trees are needed to make new paper. 1000 kilo of old paper equals 15 big trees. Paper can quite easily be recycled as long as it is clean. That’s why it is so important to separate your waste at home, so paper stays relatively clean.

Plastic is the only material that is not very profitable to recycle. This is because the oil price is so extremely low that it is often cheaper to create new plastic. However, as plastic pollution is such a big problem, it is very important that it gets recycled more often. The recycling of plastic bottles has become quite normal in most countries. However, the recycling of other plastic is a bit more difficult. While plastic packages and drink packs are being recycled in many countries now, such as the Netherlands, they can only be used to make bad quality plastic. As so many different types of plastic are gathered together, the recycled plastic that is produced is not very good and is often used to make things such as park benches. Plastic waste will need to be separated even further to be able to make plastic packages from old plastic. Because of the lack of recycling facilities for plastic in the UK, plastic is not being recycled much in the UK yet. 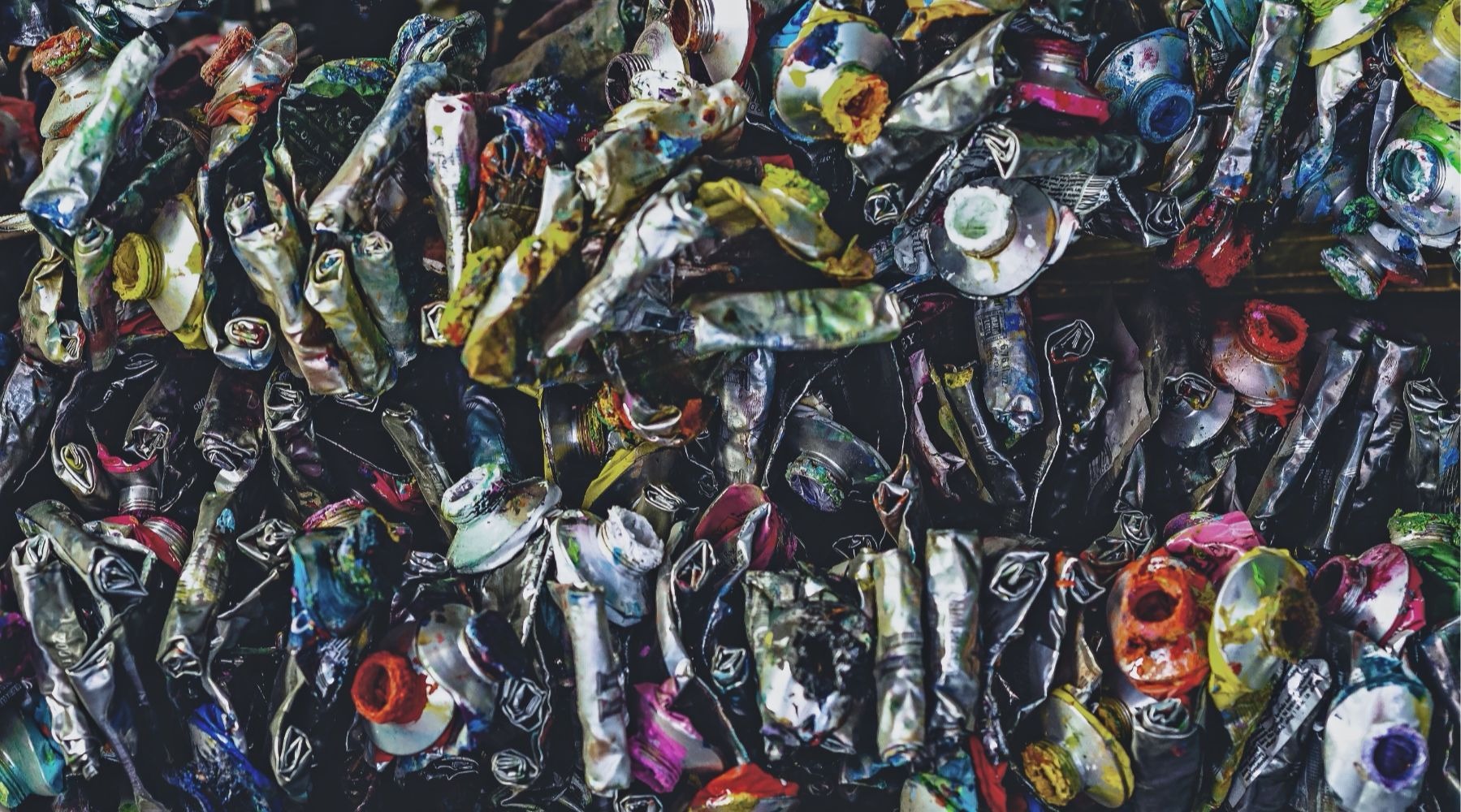 Metal can be recycled quite easily, but unfortunately it seems this is not done much in the UK (and information about it is pretty unclear). In countries like the Netherlands, magnets are used to separate metal from general waste, which leads to about 95 percent of all steel items being taken out and recycled. Unfortunately this does not work very well for aluminium, so this needs to be separated by the consumer. Separating aluminium is quite profitable and environmentally friendly as making new aluminium requires 20 times as much energy as recycling it.

Glass can be melted and reused pretty much endlessly when it is separated from other waste. Luckily this is one of the most recycled materials in the UK.

Old clothes, shoes and other textiles can sometimes be reused or else recycled to make new clothes. This already happens in some areas in the UK.

Waste that contains certain chemicals such as light bulbs or batteries need to be separated from general waste. This is not only done to prevent pollution and danger, but also because they can often be reused. For example, the zinc from old batteries can be used to make zinc gutters.

If you’re not separating and recycling your waste yet, please consider to do so now. Separating your waste only requires a little bit of extra time, but can make a huge difference for the environment.

Why you shouldn’t buy wool anymore What is shellac?

Olive oil has a positive image and many people see it as a healthy product. Because of its popularity, the production of olive oil has greatly increased in the last few decades. In 2012, 2903676 tonnes of olive oil was produced, of which 70 percent took place in Europe. Within the EU, 4 percent of […]